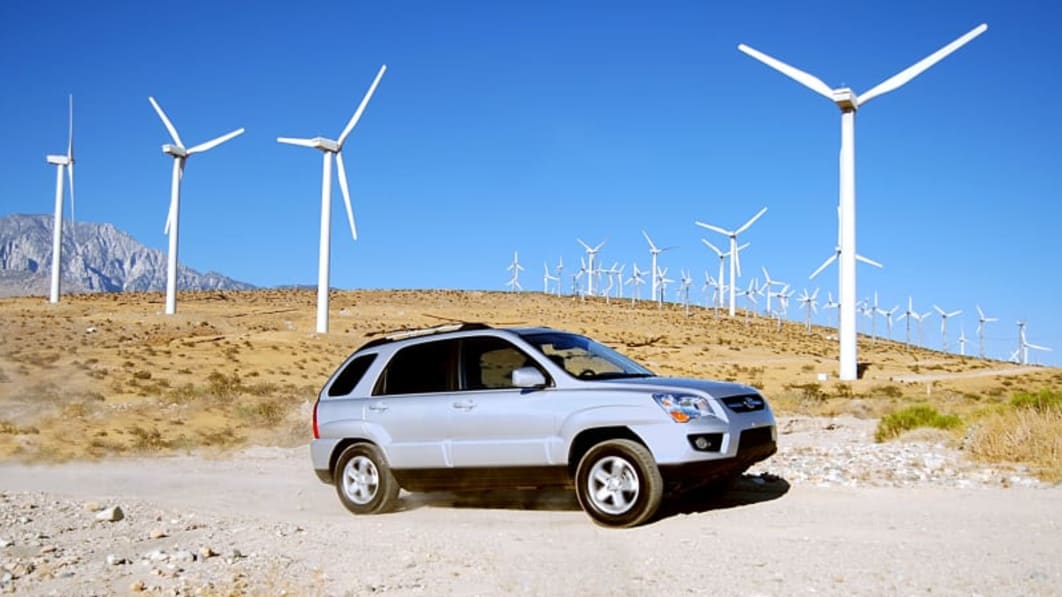 kia has issued an urgent safety recall that applies to over 70,000 units of the sportage built during the 2008 and 2009 model years. the crossovers included in the campaign can catch fire, and the south korean firm is urging owners to park outdoors and away from buildings. assigned recall number 22v-800 by the national highway traffic safety administration (nhtsa), the recall applies to 71,704 units of the sportage built from august 9, 2007, to may 13, 2009. kia estimates the problem affects about 1% of those vehicles, but this isn't the first time that they've been recalled due to a fire risk: recall number 16v815000 issued in november 2016 aimed to fix the same problem. kia told the nhtsa that a fire can ignite in the engine compartment, near the hydraulic electronic control unit (hecu), and that the risk is present regardless of whether the car is parked or being driven. while the cause of the fire is unknown, the company warns that an illuminated abs warning light is a sign that a blaze may be about to start. it's not aware of fatalities, injuries, or crashes linked to the fire risk. for context, the 2016 recall also applied to 71,704 examples of the sportage built between the aforementioned dates. kia told investigators that "the wiring harness cover on the hecu may be improperly sealed, allowing water to get onto the hecu circuit board." it added that water contaminated with salt (from melted snow, for example) can corrode the wiring harness connector pins and cause a short-circuit. kia will begin notifying owners of affected cars on december 22, 2022, though it hasn't determined how to fix the problem yet. in the meantime, it's asking motorists who own a sportage included in the recall to park outside and away from buildings and other cars. earlier in 2022, kia and hyundai collectively recalled approximately 485,000 cars to fix a similar problem, though that campaign didn't include the second-generation sportage. and, around 71,000 units of the sorento and sportage and over 285,000 examples of the palisade and the telluride were recalled earlier in 2022 due to a fire risk linked to a short-circuit in the factory-fitted trailer hitch's wiring harness.