2022 Mercedes-AMG SL Is More Expensive Than the AMG GT 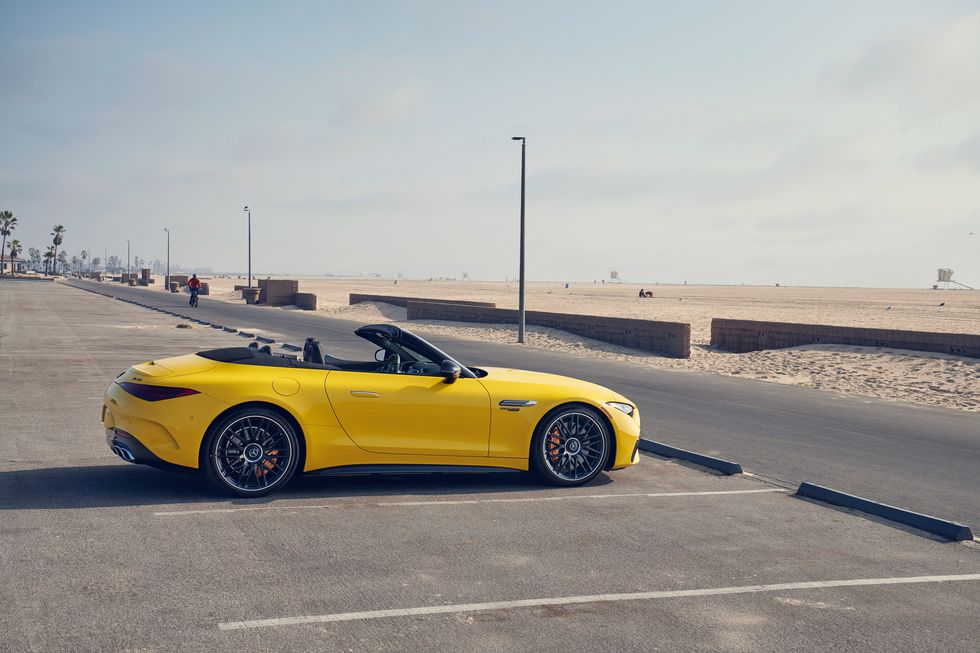 mercedes is not being shy about the latest generation of its venerable sl roadster. not only does it sport an all-amg lineup, its pricing is ambitiously high, starting at $138,850 for the lesser sl55 and $179,150 for the more powerful sl63. that's a good bit more expensive than the previous mercedes-amg gt coupe and roadster, which were phased out after the 2021 model year and started at $119,650 for the hardtop and $131,750 for the droptop.

both versions of the sl have a twin-turbocharged 4.0-liter v-8 engine, with the sl55's configuration producing 469 horsepower and the sl63's producing 577 horsepower. 4matic all-wheel drive and a nine-speed automatic transmission are standard across the board.

mercedes will offer the sl in two equipment levels, regardless of whether you choose the 55 or the 63. the touring comes standard with equipment including massaging seats, a heated steering wheel, and a burmester sound system. the performance trim adds a front-axle lift system and, for the sl55, mercedes' active ride control system and an amg dynamic plus package with a limited-slip differential, yellow brake calipers, and different drive modes (these features are standard on the sl63).