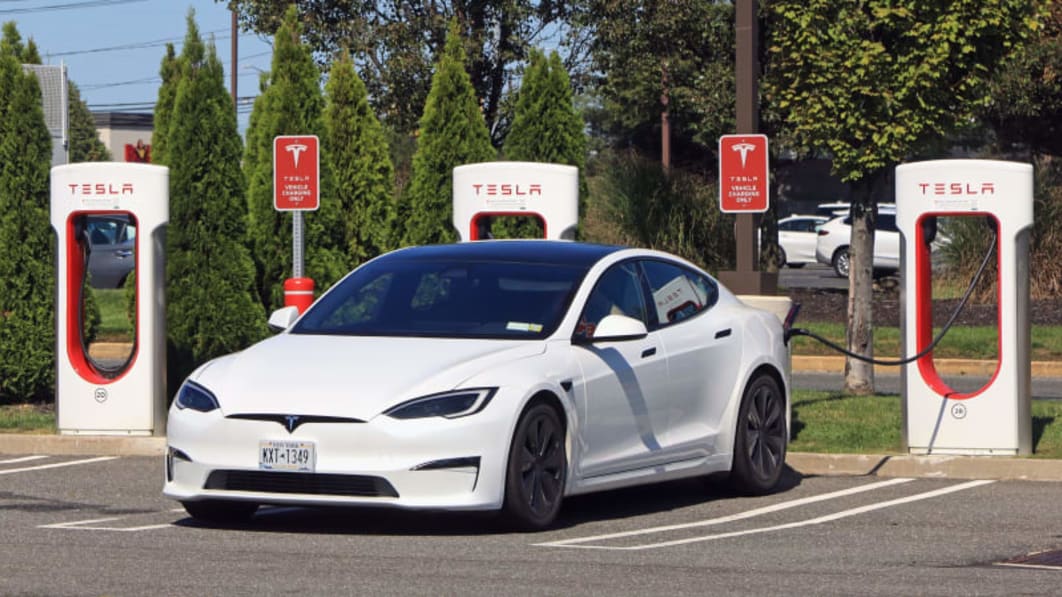 a tesla model s at a charging station in new york. bruce bennett/getty images millions more electric vehicles on the road could make the us power grid more resilient.  an innovation called vehicle-to-grid technology, or v2g, lets evs supply electricity to the grid in times of need, but it's still in early stages.  someday, evs could store large amounts of energy and help the us shift to renewable energy sources.  as the us speeds toward a future filled with electric vehicles, it's reasonable to wonder how much more demand the power grid can take. after all, during a recent heatwave, california's grid operator urged customers to limit charging their cars to avoid blackouts.  however, energy and transportation experts say that with some planning, utilities are fully capable of handling more clean cars plugging in. better yet, electric suvs, trucks, and buses can strengthen the grid if deployed smartly.  evs can store energy for when it's needed most when electric cars are parked (which is most of the time), their batteries can collectively become a valuable asset to the greater grid, experts say. someday, millions of vehicles could use special bidirectional chargers to absorb energy when it's plentiful and release it back to the grid as needed, helping utilities manage heatwaves and other spikes in demand. this vision rests on something called vehicle-to-grid technology, or v2g.  experts like matthias preindl, an electrical engineering professor at columbia university, also anticipate that v2g could help wean the country off dirty energy sources. solar and wind power are intermittent, so turning the lights on when the sun isn't shining or the wind isn't blowing requires storing energy for later. electric cars could do just that, he said.  "if we want to go to 100% renewables, which is now the target of many states, that requires a lot of batteries," preindl told insider. "and cars seem to be the only really viable solution at the moment." if much of the us fleet goes electric, the amount of battery storage available is enormous: the national resources defense council estimates that the 14 million evs expected to be on california's roads by 2035 could power all the state's homes for three days.  there's a long road ahead although v2g is already being implemented in limited ways (mainly through pilot programs), there are hurdles to the technology going mainstream. for regular ev owners to supply energy to the grid on a large scale, automakers, charging firms, and utilities will need to standardize the process, andrew meintz, a chief engineer at the national renewable energy laboratory, told insider. participants will also need to get paid by utilities for their contributions, he said.  a more feasible use case for v2g in the short term could be with large fleets, meintz said. amazon, for example, has the money and sway to work with utilities, vehicle makers, and charging companies to iron out the kinks.  evs are already helping out the grid on a small scale highland electric fleets, which provides electric buses and charging infrastructure to school districts, has experimented with v2g as another revenue source since 2021. this summer, its two v2g-enabled school buses in massachusetts pushed power to the grid almost daily to help the local utility handle periods of high energy consumption, sean leach, the firm's director of technology, told insider. it's planning more extensive v2g projects in vermont, maryland, and elsewhere.  one of highland electric fleets' school buses plugged into a charger in beverly, ma. highland electric fleets "at the end of the day, let's use these buses for what they can do. these batteries are huge. they spend a lot of time not doing anything because the routes are very predictable for schools," leach said. right now, the firm gets emailed requests to offload energy, but it's working to automate things.  it'll take a lot of work before we see millions of evs seamlessly assisting the larger grid. but some vehicles can already share energy locally in useful and interesting ways. ford's f-150 lightning pickup can provide emergency backup power to customers' homes, so long as they have the right at-home charger. upcoming trucks from general motors promise to do the same. edward j. klock-mccook, a principal at the sustainability think tank rmi, told insider that if it becomes popular enough, this sort of capability could benefit the grid much in the same way that a full-blown v2g future would. armed with the big batteries in their lightnings and chevrolet silverado evs, homeowners could supply their own electricity during blackouts or when the grid is stressed.  read the original article on business insider