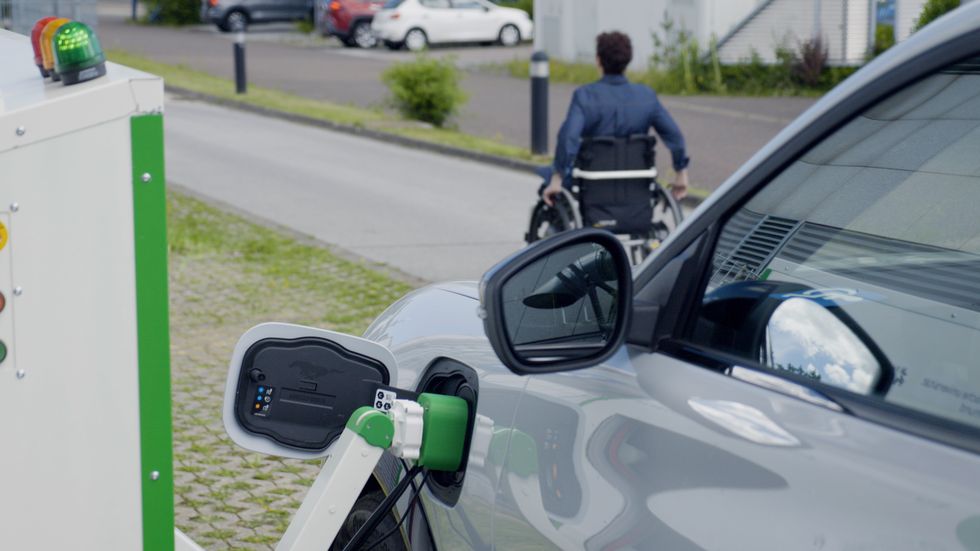 many of us often forget as able-bodied people that for significant portions of the population, daily tasks such as filling up a gas tank, or getting an electric vehicle plugged and unplugged at a charging station, can be difficult or impossible. ford is testing a robotic charging station that would allow drivers to park near the robot, as at any other pump or charger, and allow the camera-guided robot to guide itself into the charge port.

the automaker also mentioned a study in europe that showed 61 percent of disabled drivers would only buy an ev if it were made easier to charge. ford says its robotic charging station could potentially be installed in parking ramps, installed in disabled parking spaces, used to power fleets, or be installed at customers' homes. it's a research project for now, but ford intends to do a "follow-up project" with ionity, a european charging network, to make further improvements to the idea, and that sounds promising.

it's not the first effort by an automaker to roboticize the charging process. a company called ev safe charge is working to deploy a robot charging station named ziggy to dominate ev charging in parking ramps. unlike the ford, ziggy does not have the ability to plug in or out on its own. and both tesla (with a metal "snake charger") and volkswagen have piloted similar robotic setups in the past.

"looking ahead, the process could become fully automated, with minimal or no driver involvement," said ford. "the driver would simply send the vehicle to the charging station, with the infrastructure ensuring it reaches and returns from its destination autonomously." although the automaker makes it clear that this is not intended for production and sale, it does show the focus is on making the ev operation process more accessible to more future customers.