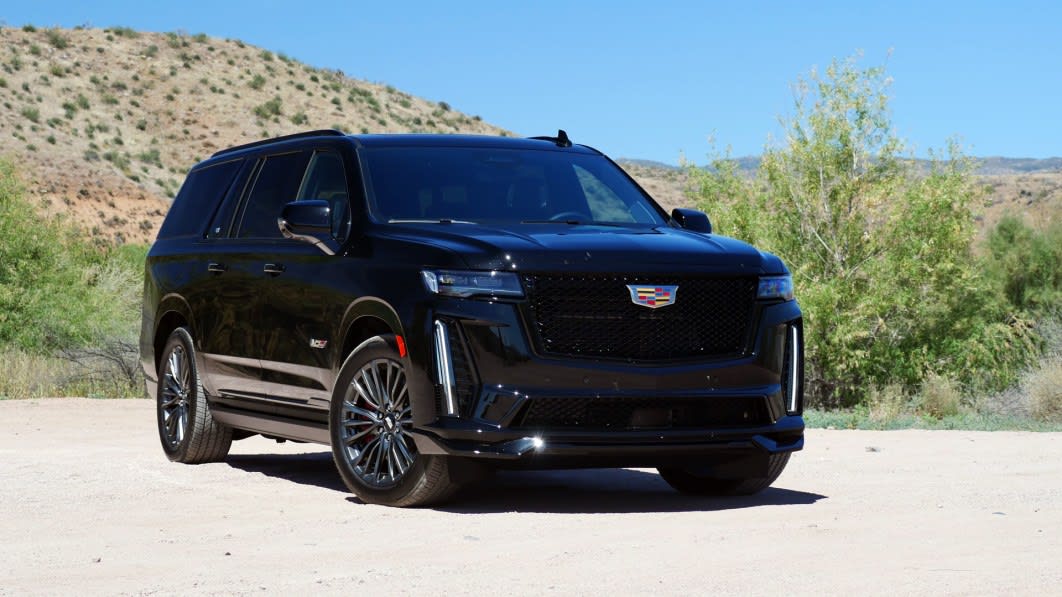 general motors co. beat wall street’s consensus third-quarter profit estimate on record revenue and affirmed its guidance for the year thanks to strong sales of its luxury cadillac suvs and largest trucks, an indicator that rising interest rates have not yet hit its business. gm reported adjusted profit of $2.25 a share on tuesday, surpassing analysts’ projection for $1.89 a share. it also maintained guidance for full-year profit of $6.50 to $7.50 a share.  the quarterly results show that auto profits are resilient even as the economy weakens and inflation remains high. improved availability of semiconductors and other components helped boost sales of its highest margin vehicles in the us, especially large pickups and suvs. gm also saw higher profits in china.  “we’re delivering on our commitments and affirming our full-year guidance despite a challenging environment because demand continues to be strong for gm products and we are actively managing the headwinds we face,” gm chief executive officer mary barra said in a letter to shareholders. the detroit automaker posted revenue of $41.9 billion thanks to a 24% jump in us vehicles sales for the three months ending sept. 30. analysts expected gm to bring in $42 billion in revenue for the quarter. electric-vehicle market leader tesla inc. last week said its revenue came in at $21.5 billion. traditional rival ford motor co. reports its earnings on wednesday.  the automaker’s results beat profits of $1.53 a share a year ago and $1.14 per share in the second quarter, easing concerns about vehicle affordability and a possible recession.  shares of the carmaker rose 5.1% in premarket trading to $37.55 as of 7:35 a.m. in new york. the stock is down about 39% this year.  the company sees 2022 adjusted earnings before interest and taxes of $13 billion to $15 billion, unchanged from its previous projections.  gm also showed an improvement in its business in china, the world’s largest auto market. the company said it made $330 million from its chinese operations, up 22% from the same period a year ago even though shutdowns related to the covid-19 pandemic have weighed on the local economy. the carmaker’s cruise self-driving vehicle unit lost $497 million in the most recent quarter and has lost a total of $1.4 billion so far this year as gm continues to develop autonomous technology and prepares to expand robotaxi service in phoenix and austin.