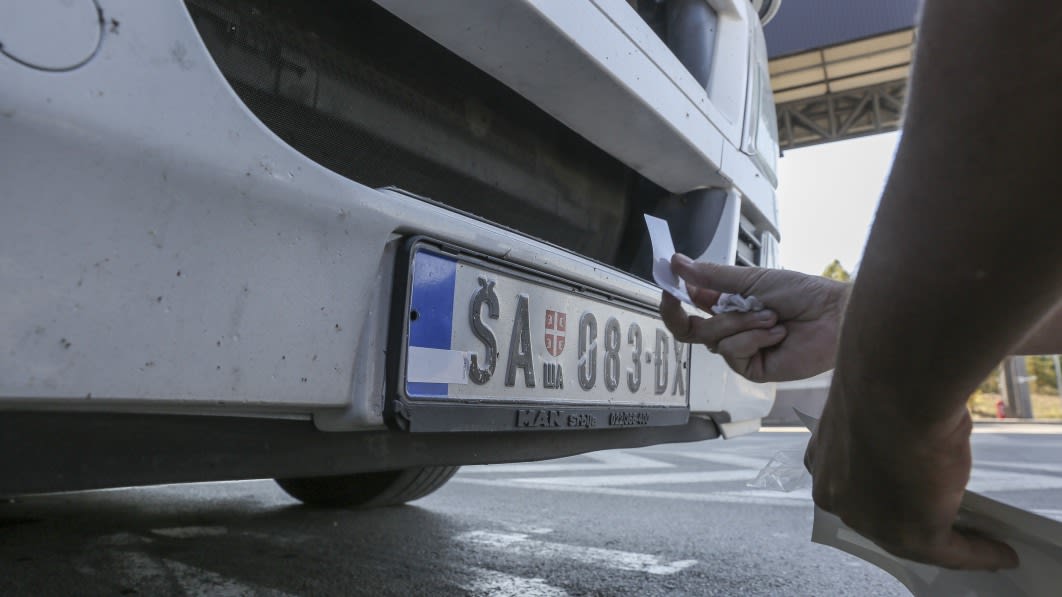 pristina, kosovo — kosovo said it will delay a rule to confiscate cars owned by ethnic serbs who refuse to use local car plates following criticism by western countries that such a move may aggravate ethnic tensions. kosovo has attempted a few times this year to require its serb minority to change their old car plates that date before 1999 when kosovo was still part of serbia. however, this move has been met with strong and sometimes violent resistance by local serbs who live in the northern part of the country. the last deadline was nov. 1 when around 10,000 motorists had to switch their old car registrations. speaking during a government meeting, kosovo prime minister albin kurti said such a decision will be implemented gradually. "these car plates are illegal ... we want to give a chance to all of those who are interested to be integrated," kurti said. he said the decision was taken to respect the rule of law but also address western countries' concerns. kurti said drivers will first be given warnings for three weeks, then will be fined for a period of two months, followed by a period of temporary car plates and if they do not change their plates by april 21, their vehicles will be confiscated. local serbs have threatened to block roads, as they did in the past, if pristina takes any steps to stop them from using their cars. kosovo declared independence in 2008 but around 50,000 ethnic serbs who live in the northern part of kosovo refuse to recognize pristina's authority and still consider themselves a part of serbia. "kosovo has the right to implement the license plate regime ... but an extension of the timeline is in the interest of making progress on the eu-facilitated dialogue to normalize kosovo-serbia relations," u.s. secretary of state antony blinken said in a statement on the same day. he added that his administration was "disappointed and concerned" by kurti's rejections in the past days to delay the ruling for another 10 months. the united states and other western european countries are the biggest supporters of kosovo but it remains unclear if kurti's latest move will please them. mediated by the european union and supported by the united states, serbia and kosovo have been holding talks for years to normalise relations but little has been achieved. kosovo is recognized by around 110 countries, mainly western nations, but not by serbia, china, russia and others.