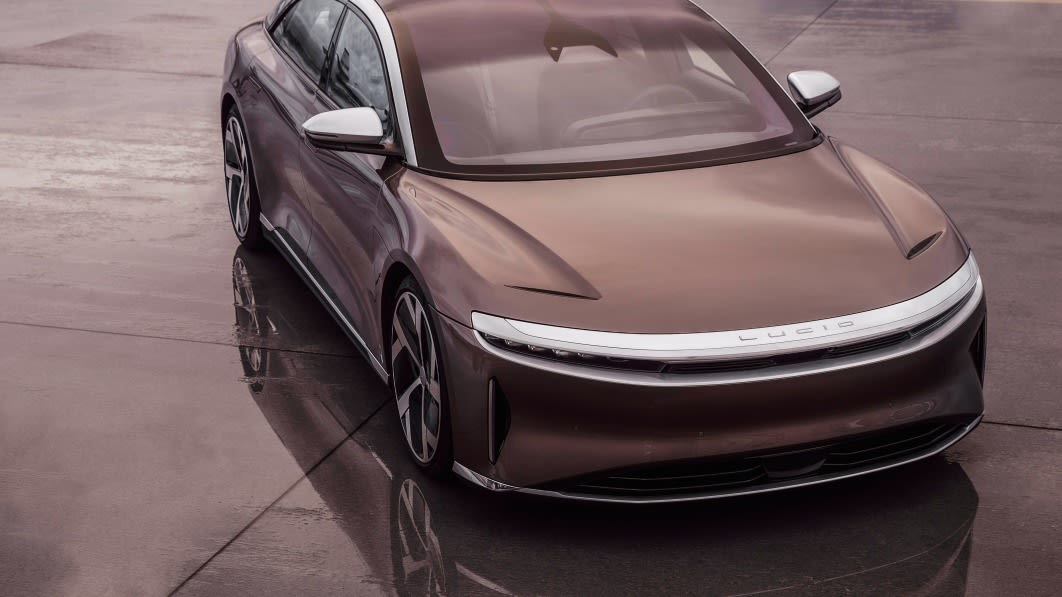 delayed revenue is no fun for anyone, but it's especially problematic for the young startup like lucid in the capital-intensive auto business. lucid motors rivian and lucid have reported delivering far fewer cars than they've built this year. the electric-vehicle startups attributed this to production ramp-ups and logistics. but it's critical for the companies to start closing the gap. carmakers across the auto industry have been riddled with problems related to supply chains and logistics that have hindered their ability to get vehicles into the hands of paying customers — but numbers out of carmakers like lucid show that electric-vehicle startups are taking a bigger hit than incumbents like ford. lucid reported that in the third quarter of this year, it built 2,282 cars but delivered just 1,393 of them to customers. from january through september, it delivered just 66% of the 3,687 cars it produced. rivian, too, has seen a gap, though less extreme: the amazon-backed startup built 7,363 vehicles and delivered 6,584 in q3. for the first nine months of 2022, rivian had produced 14,317 cars and delivered 12,278, a rate of 86%. in the "normal" years leading up to the coronavirus pandemic, the auto industry delivered virtually all of the cars it built, according to eric anderson, a principal research analyst for s&p global. in 2021, that rate slowed because of a global chip shortage and various supply-chain disruptions, he said. but the industry average is still well above lucid's 66%. the ratio matters because car companies don't book revenue until the car is delivered. but with startups disrupting the dealer-based sales model, old ratios are harder to apply, anderson said. "it's hard to say what a healthy level is for this gap right now, because it's being applied to such a new concept," anderson said. at the same time, he said, it's important for startups to be "ramping up in the right direction." lost or delayed revenue is no fun for anyone, but it's especially problematic for the young players in this capital-intensive business. rivian was sitting on $13.8 billion at the end of q3, while lucid had $3.85 billion and a plan to raise another $1.5 billion. a lucid representative didn't have additional comment beyond what has been said in earnings; rivian declined to comment. "it's one thing to be a startup and come up with a few thousand cars," said peter maithel, the automotive-industry principal analyst at infor. "but then to scale production to where you're commercially viable, that's a challenge." gap kids lucid's gap in production and delivery "was primarily a function of vehicles distributed across three areas of the delivery process: vehicles in transit, vehicles awaiting pre-delivery inspection, and vehicles awaiting delivery to a customer," lucid cfo sherry house told investors in a third-quarter earnings call. part of lucid's early lag was related to its troubles upon starting production. though vehicles were getting built, former and current employees said cars were coming off the line missing key parts or languished awaiting review given lucid's ultrahigh quality standards. insiders attributed the parts challenges to lucid's third-party logistics companies, saying that caused a supply bottleneck at lucid's tempe, arizona, warehouse, in particular — parts were stacked incorrectly or left damaged, forcing built cars to be set aside. lucid has since moved its logistics operations in-house in an effort to rectify those roadblocks, and, so far, that seems to be working given lucid has accelerated its production pace. still, house said she expected vehicles produced to continue to outpace vehicles delivered in the near term as lucid accelerates production and starts delivering internationally. rivian cfo claire mcdonough blamed its gap on logistics and adding another manufacturing shift. "the in-transit time from rail shipments, coupled with an increase in volumes from the ramp of our second shift towards the end of the quarter, will cause a significant discrepancy between production and deliveries" for q4, she told investors during rivian's q3 earnings call. what that means for the future the companies expect the gaps to narrow — and it couldn't be more critical that they do. the more time passes for deliveries and the more the gap widens, these companies not only delay revenue but risk losing customers to incumbent competitors and, with that, market share. legacy car companies like ford, gm, and volkswagen have long-established production, logistics, and delivery strategies, noted jessica caldwell, an automotive analyst for edmunds. additionally, ev startups like rivian and lucid won't enjoy the first-mover advantages that tesla had in its early days of vehicle production scaling, making this moment even more crucial for these companies, caldwell said. "these companies become a less exciting prospect," she said, "just based on the fact that they're not first." read the original article on business insider