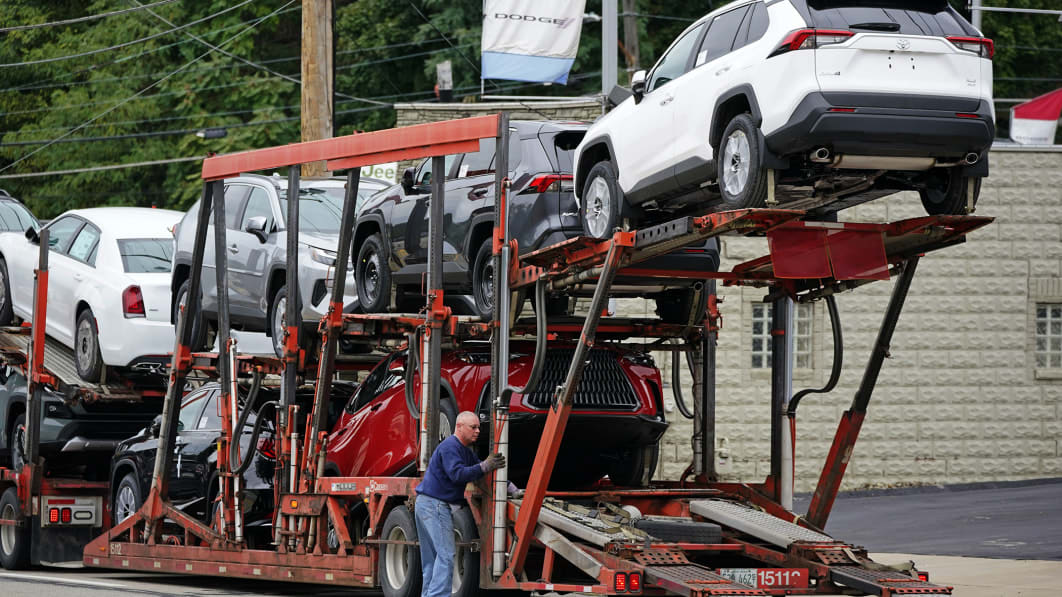 [update: corrected toyota/gm positioning and sales figures] enough oems tallied double-digit volume improvements in october, tipping the balance of a still-struggling sector into the black after a flat q3. this has been a catch-up year for the industry, and while reports from early on suggested easing of supply constraints and improvements in volume, many automakers are only now starting to claw back volume lost since supply shortages kneecapped the industry shortly after the onset of covid.  that said, full-year sales figures still don't paint a very rosy picture: — ford, which showed signs of recovery earlier in the year, remains down 2.2% from a supply-ravaged 2021. the blue oval's volumes slipped more than 10% in october but the company hopes to regain ground in the remainder of q4.  — honda's results show the opposite trend. the company's ytd sales are down more than 35%, but october was only off by 16%. both are still bad, but honda's trend line is at least headed in the right direction. — the same is true of hyundai (down 8% for the year but up nearly 7% in october) ... — kia (down 5.1% for the year but up nearly 12% in october) ... — mazda (down nearly 18% so far in 2022 but up nearly 30% over the same month last year ... — and subaru (down 10% in 2022 but up more than 30% in october).   — toyota really knocked it out of the park in october, with volumes up nearly 28% (representing more than 40,000 units) for the month. toyota's down just over 12% ytd.