Subaru Teases a New SUV That Looks Like the Next Crosstrek 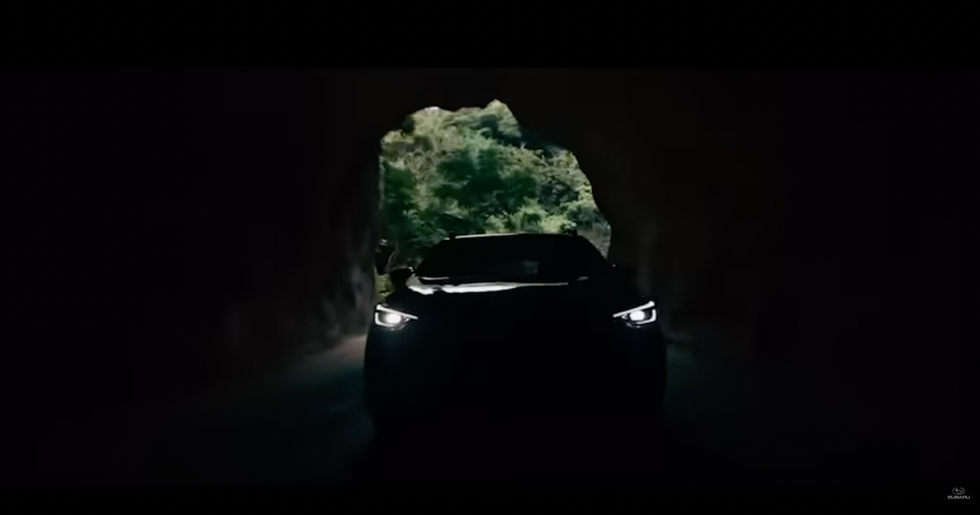 the next generation of the subaru crosstrek could be on the way. at least that's our takeaway after watching a video subaru posted online today that teases a new suv model, which the company plans to reveal september 15.

the 15-second clip was posted on youtube by subaru of japan, and it can also be seen on the japanese website. almost all of the shots are shrouded in darkness, with only a few specific details visible. the clearest design elements we can see are the headlights and taillights, which look similar to units on subaru's newest models.

along with the new suv's headlights and taillights, we're able to make out parts of its front end. there appears to be a crossbar connecting the tips of the headlights and running across the upper part of the grille. the subaru logo is positioned in the middle of the crossbar. the grille itself looks to have a large outline, much bigger than the current crosstrek. however, the shot of the rear quarter panel shows character lines that appear awfully similar to those on the current crosstrek.

with all the shadowy close-ups and quick cuts, it's hard to gain perspective on the size of the suv in the video. still, there's one part of the short clip that shows its stubby stature when the subie enters a dark cave. that shot makes it look wider than it is tall, which aligns with the current crosstrek's dimensions, as it measures 63.1 inches high and 71.0 inches wide.

we feel confident the suv teased in the video and the one subaru plans to reveal on september 15 is the next-generation crosstrek. if that turns out to be true, it makes us wonder why the company would reveal a new crosstrek before a new impreza. after all, they're one and the same. the crosstrek evolved from the previous impreza-based outback sport hatchback from several years ago, and it remains a lifted version of the current impreza hatch, sharing a platform, powertrains, and much of its styling, despite wearing a different nameplate.

a look at the sales for both models shows that over the last two years subaru has sold more than twice as many crosstreks as imprezas. that, combined with its higher asking price, makes the suv model a lot more profitable, and it could signify that the impreza is on borrowed time in the u.s. market.