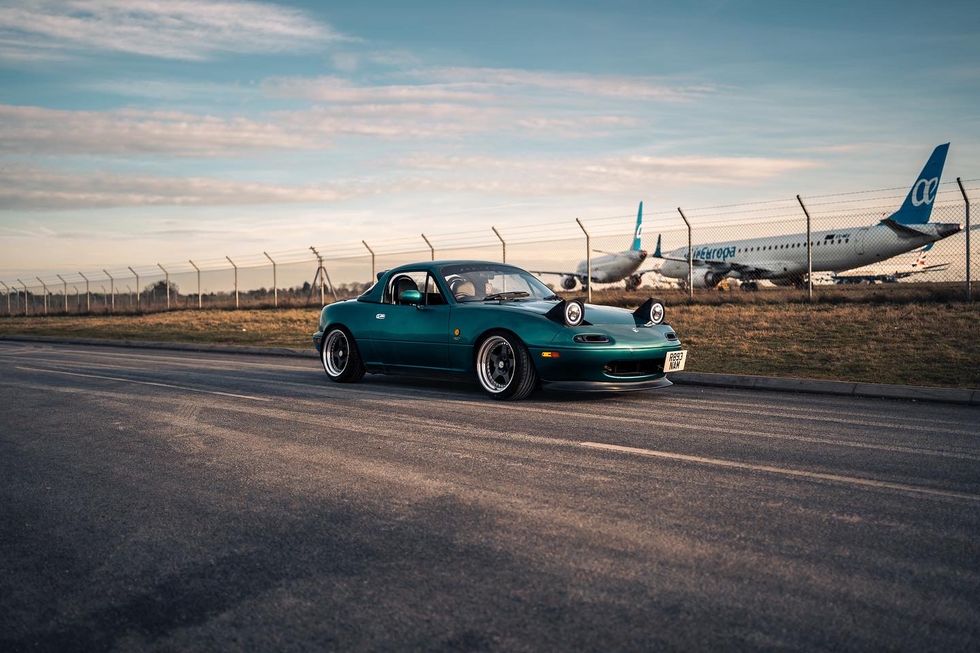 ever hear someone refer to the miata as a go-kart? what about a mario kart? this guy has. as motor trend first reported, tiktok user tyler atkin decided to replace the steering wheel on his 1998 miata with the small white-plastic steering wheel provided for the nintendo wii.

the initial video shows atkin removing his nardi torino steering wheel, drilling holes through the wii controller, and mounting it in the car. viewer comments quickly poured in for atkin, requesting new and fun additional modifications. requests included replacing the shift knob with a nintendo wii nunchuck controller (atkin obliged). he continued by changing his e-brake handle to that of a wii baseball bat.

most recently, atkin took the stereo out of the "wiiata," as he named it, and replaced it with an actual nintendo wii console. following the install, he added a screen to the dash and booted up mario kart to get some races in.

in an interview with ign, atkin clarified where his inspiration for the video came from. "i just like to mess about with stuff; keeps me busy and i thought i'd record it," said atkin. after adding the wheel, atkin gave in to pressure from his fans and has now taken the car out for multiple drives with the plastic wheel and other wii-based modifications. the experience is something he described in a tiktok as a "horrendous experience."

we probably wouldn't recommend driving with a car on public roads with an 8.3-inch steering wheel, but we have to give credit where credit is due, and we thoroughly enjoyed watching the videos.