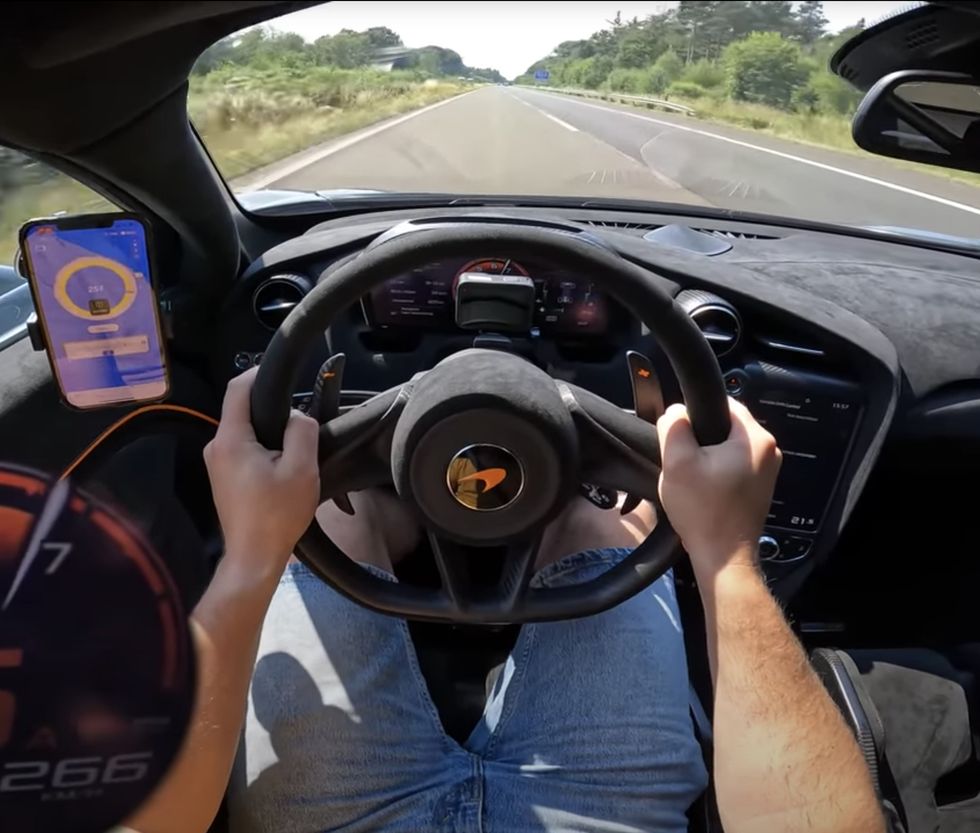 When it comes to the modern lineup of supercar offerings, the McLaren 765LT ranks right up there with the most hardcore of the bunch. Thanks to the folks over at TopAutoNL, we have a chance to see this immense performance at work on the German autobahn.

A true successor to the immensely sought-after 675LT, the 765LT is the latest limited-production Super Series vehicle to come out of Woking. Only 765 of these machines were slated for production, with each packing a ton of track-ready improvements over the 720s. The most notable of the tweaks comes by way of a shorter gearset in the transmission, which McLaren says provides 15 percent faster acceleration in gear compared to the 720s. That’s obscene in itself, but then McLaren went ahead and added improved engine hardware to the familiar twin-turbo V-8. The result comes out to 755 horsepower and 590 pound-feet of torque, though many dyno-pull videos have suggested that figure is a bit low.

Regardless of the output, McLaren says that the car will do zero to 62 mph in just 2.8 seconds, before hitting 124 mph in 7.0 seconds flat. That’s despite the improved aero dragging through the air, which provides 25 percent more downforce than a standard 720S. That level of performance is on full display in this autobahn run, as is the McLaren's awesome quad-exhaust note.

After paddling along to a sizable ramp, the driver of the 765LT finally opens the taps. The numbers fly off the speedometer in a frantic, almost disorienting fashion. While the launching performance of this car can’t be understated, it's clear the thing is traction limited until some speed is at play. Once you’re rolling however, there are few cars capable of keeping up.

Just watch how hard the car pulls between 120 and 180 mph. The car seems barely bothered to push on to 202.5 mph, which is right below the car's top speed of 205 mph. That's not as fast as the standard 720S, but the 765LT will get there a whole lot faster. Those speeds were achieved with some bumpy tarmac (for Germany) underfoot, which only adds to the drama a bit.

If you’re looking for a supercar to slice your way across the German autobahn, the 765LT might just have to find a spot near the top of that list. It may be a track-oriented supercar at its core, but that focus has helped transform the already wild 720S into something truly ridiculous. Isn’t that what we want from our supercars after all?